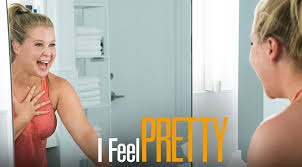 Dear Aadu, Last Friday, I saw a movie all by myself at 10.45 am. Yes, you read that right. One of the advantages of being kicked out a job and being completely unwanted in the professional world for any kind of job is that you get to watch a movie first thing in the morning. I had been feeling restless all week, nursing a writing block and not being able to come up with anything great. Then I saw myself slowly beginning to slide into the my-doors-are-always-open pity party that I let myself wallow in for almost a year. I was not going to let that happen. So, I decided it was time to shake things up a little. Find some creative inspiration, watch a movie about a chubby girl Renee (Amy Schumer) who after an unfortunate accident and starts finding her reflection bikini model hot. I loved the idea. As a permanently chubby girl, I have also had such dreams. I have also secretly wished for the stomach flu like Emily Blunt in the Devil Wears Prada to lose a couple of quick kilos. S
1 comment
Read more

The buck who belled the Bhai 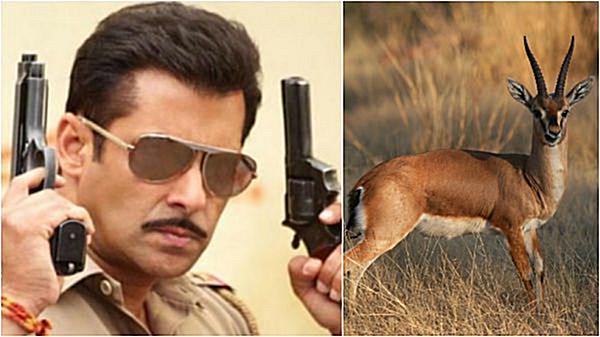 Dear Blackbuck (ji) I wonder in all those times you were harmlessly chewing a mouthful of grass, you thought that one day you would become the topic of national interest. Twenty years ago, you were killed in cold blood by a group of privileged, drunk on their own awesomeness individuals. You see, often with great power comes zero sensitivity, and in the case of the man who killed you, this has been proven true several times. Did you know that over the past twenty years, he has become the victim and you the tormentor? Really, it’s true. His fans and fearful colleagues; whom he bullies like the mean kid on a playground, all feel killing you was no big deal. I mean come on, you were just a deer. When he crushed people to death with his car, blamed them for being poor and sleeping on a pavement and got away with it, what’s the big deal about killing a blackbuck, right? I heard a brilliant line once that’s so applicable here. It’s hard to put a leash on a dog once yo
1 comment
Read more

Who wants to be a potty parmeshwar? 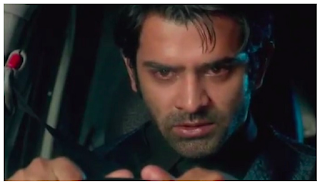 One of the advantages of working from home and typing your thoughts for a living is you get to take a flexible lunch break and watch mindless television to rest your brain cells for an hour. Or like me, you get to be thoroughly horrified and tempted to throw up your carefully crafted low-calorie lunch. You see almost 7 years ago, I had the rare fortune of being one of the people who introduced, rather grudgingly, a malaise called Arnav Singh Raizada to Indian television. Who is he you ask? Arnav Singh Raizada was the original bad boy if Indian television who humiliated his lady love to stardom. If Arnav existed in your neighbourhood you would probably report him to the cops or a nearby psych ward when he broke the string holding a woman’s blouse together, threw her off a mezzanine floor, and gripped her arm so tight he left welts on her skin. But still, rather disturbingly, women loved him. Perhaps because he had a sister thrown in to deny his indisputable misogyny. So, he coul
Post a Comment
Read more
March 19, 2018 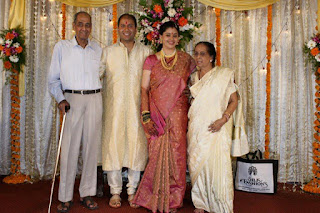 Grandparents. There are many emotions and memories this word or combination of words evoke. But mostly the association is with warmth, care, indulgence, great food and innumerable stories. My brother and I had the good fortune of having both sets of our grandparents around till 2013. I spent the first ten years of my life in a joint family with my paternal grandparents and as the only granddaughter, I was my Ajoba's pet. We visited my mother's parents only once a year since during the summer vacations but the time we spent with them was precious. My Dada (maternal grandfather)was an extremely intelligent and well-read man and he used to keep his two pesky grandchildren occupied with stories of Mirza the magician, a man and his adventures he made up on an everyday basis. I understand now that this was also to make sure my mother could perhaps take a shower or eat her breakfast in peace. My grandfathers were both adventurous men. They moved out of their
7 comments
Read more
March 12, 2018 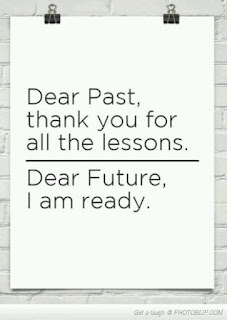 Dear Aadu, Next week will mark a year since I lost what I thought was going to be my dream job. Over the past six years in Singapore, I have struggled immensely to find and keep jobs, and after a long period of struggle, I thought that this was finally going to be the pot of ‘honey’ at the end of a rather dark tunnel. After all, it was a writing job, it was a small expat company, my colleagues were mostly women and mothers who were open to working with some flexibility. But unfortunately, about five weeks after I went through two rounds of interviews and one written test, I was told that I wasn’t good enough, and had to leave. I am aware of my shortcomings. It was a completely new environment, I was returning after a long maternity break and perhaps it took me longer than allowed to settle in. I was overwhelmed with the work, the new technology; I made typos and spelling mistakes, but never missed a deadline. Ironically, just when I was doing things right I was told that
Post a Comment
Read more
More posts

Saraswati Datar
Hi! I am a mass comm graduate who worked for three years in mainstream Indian television. I worked with Star India Pvt Ltd, and Zoom TV. First as a producer, then a freelance writer and finally a content development executive with consumer insights. Cinema and television have been my life for ever since I can remember. I got deported to Singapore recently and am getting back to writing full time now. If any of you kind souls would like me to chew your brains, or write something for you, please drop in an email and I'll reply before you can say Jack Robinson.